New parents like Kate have lost their village throughout the pandemic. They are more alone than ever before. Vulnerable mums and dads are delaying their help-seeking and we are seeing high numbers of parents at breaking point, late in their mental ill-health journey. We’re calling it the Covid-lag. It comes from feelings of shame, denial and fear.

This isn’t a media beat-up. Our Clinicians and operational team are on the ground experiencing it in real-time and they need help.

We are doing everything we can to support the most vulnerable people, but we are faced with a mental health crisis. However, with more Clinicians, we can support the vulnerable expectant and new parents like Kate that need us.

With your help, we can train, mentor and supervise new Clinicians to support Australian families when they need it most – now and in the coming months - as the ‘Covid-lag’ seems sure to see yet more people in huge numbers join our waitlist.

As this is our 21st year of operating, we had planned to launch our new Gidget Collective regular giving campaign at our annual Ladies’ Lunch, which is now sadly cancelled again due to the Omicron wave. 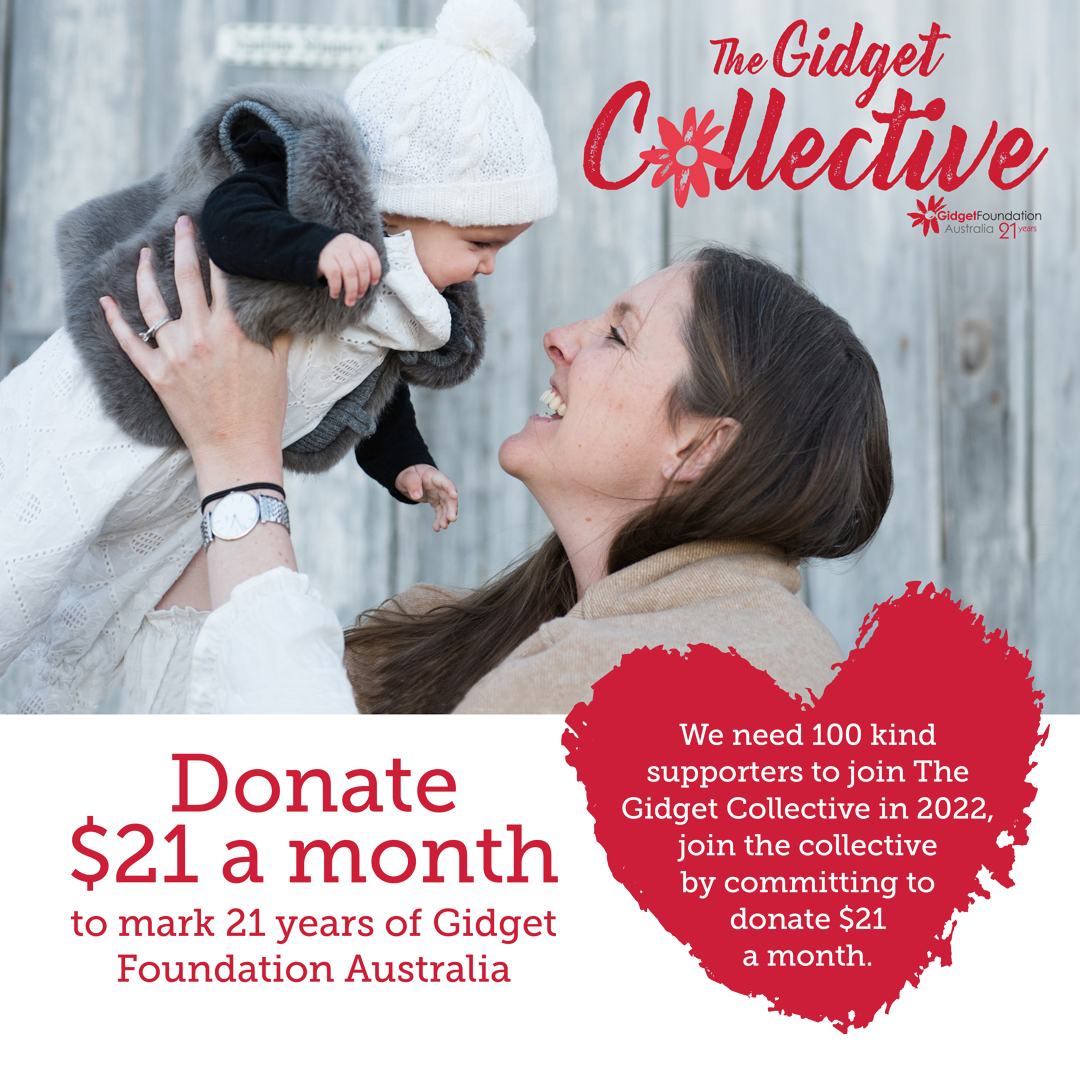 What is the Gidget Collective? It’s a group of people who care deeply about Gidget, its work and the people we support. The Gidget Collective commit to donating $21 every month to mark the 21 years since Gidget passed. To mark the hope that these 21 years represents and to honour the legacy of our namesake who we lost far too young.

Your monthly donation will provide Gidget Foundation Australia with a significant and ongoing contribution, and this regular generosity will allow us to reach more parents like Kate.

Please join us and become part of the Gidget Collective to support, not only vulnerable parents now, but to change the face of parenting for generations to come – for your children – the future.

“It was a relief to fall pregnant again a few months after we lost our second pregnancy at 9 weeks. Thankfully our third pregnancy went relatively smoothly, until 35 weeks.

After a particularly stressful week with bushfires raging close to our farmland, a tragic accidental death on our property, and months of drought and smoke, I noticed my little girl wasn't moving as regularly as normal.

We decided to go straight to the local hospital where it was confirmed that her foetal movement had slowed, and her heart was racing.

Suddenly, I was to be rushed to Canberra Hospital (1.5hrs away) to deliver my baby, the doctors were worried her heart would give up. My husband was 20 minutes away and unlikely to catch the ambulance. I was alone, jostling about on the stretcher, sirens blaring, concentrating hard on the heart rate monitor, pleading with it to slow down.

In Canberra, the surgeon met me in the carpark, and I was rushed through the corridors Grey’s Anatomy style on a stretcher signing documents and removing jewellery as we went. The anaesthesia was administered, I was sliced open and a few seconds later there she was squalling her little lungs out, those cries filling me with relief.

They worked on her for what felt like forever and then she was presented to me, swollen, pink and tiny at 2.3kgs. She was breathing on her own but needed to go to the NICU for extra support.

We spent two and a half weeks in hospital, mainly tube feeding while Frankie learnt to breastfeed, our 2-year-old two hours away on our farm with my parents, missing us dreadfully.

For the first week I was forced to sleep alone without my newborn, her shock of black hair only revealed to me when her beanie slipped off on the third visit while I was nursing her.

Losing complete control of our lives was incredibly disarming and our resilience was tested daily. I couldn’t have done it all without the unwavering support of my husband and family, and cuddles from my toddler.

I sought professional help in my attempts to make sense of the trauma I’d experienced, thankfully finding Gidget Foundation Australia. Living rurally, it can be difficult to access services with long wait times and travel, the Gidget Foundation’s Start Talking telehealth program allowed me to prioritise my mental health, providing online support from home while my baby sleeps.

Motherhood is fraught with societal pressures to be a natural, to compete for perfection or to just get on with it. Breaking down these barriers and having honest chats without judgement were the contributing remedies to the loneliness, loss of identity and anxiety that was induced when I became a rural mother.”

Gidget Foundation Australia was founded in 2001 by Gidget’s sisters and friends. It aims to support the emotional wellbeing of expectant and new parents to ensure they receive timely, appropriate and specialist care. 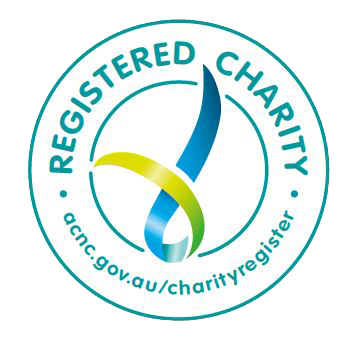